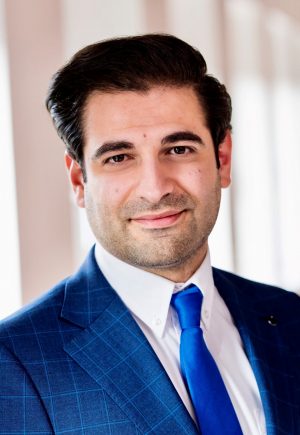 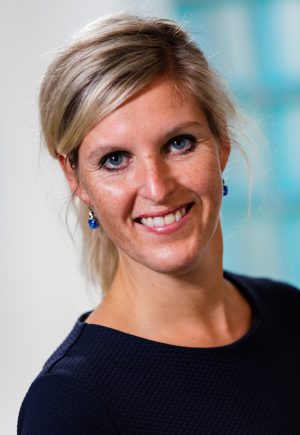 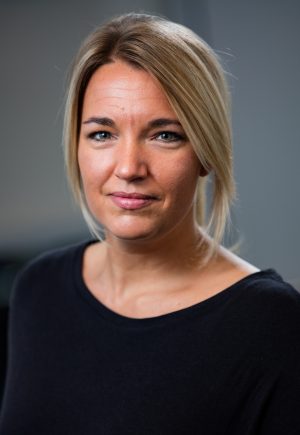 Dutch tenancy law is complicated and always in development. Recently, many changes have been made in the field of tenancy law, which means it is important to gain insight into your legal position before entering into the tenancy agreement irrespective of whether you are a tenant or a landlord. Or whether it concerns housing or business space. JPR's tenancy lawyers can provide excellent advice. Every tenancy lawyer.

However, you are not done after having gained insight into your legal position. You will also need to make clear agreements and record them properly in the tenancy agreement and general terms and conditions. In practice, the ROZ lease contract is used. This is a template by the ROZ Real Estate Council of the Netherlands that meets statutory regulations. However, it is not tuned to your specific situation and a tenancy agreement that takes your interests and wishes into account is vitally important.

The Netherlands has a principle of contractual freedom meaning that parties are free to agree on whatever they wish. The parties are thus obliged to comply with these agreements, and if one party is in breach, the other can enforce compliance, through court if necessary.

There are some exceptions to this contractual freedom. The legislator feels that specific groups require protection. Groups such as consumers, but also specific types of tenants. To protect these groups, the legislator sets statutory regulations that cannot be deviated from to disadvantage this socially weaker party. The Rent Act that included such rules for tenants expired on 1 August 2003. The regulations with respect to tenancy law have since been included in Title 4 of Book 7 of the Dutch Civil Code.

The protection ideal behind the statutory regulations is expressed with respect to the lease of built immovable property and is thus also the most important category. This category, too, can be divided into three subcategories: residential, retail commercial, and other commercial space.

The legislator wished to protect tenants of residential space in the most extensive ways. This is due to the simple fact that a roof over one's head is considered to be of vital importance. For this reason, the legislator has imposed a series of limitations prohibiting the landlord from instantly terminating the tenancy agreement.

Termination of the tenancy agreement

Furthermore, there are a number of grounds on which the landlord can terminate the tenancy agreement. In the court proceedings, the grounds used by the landlord will be assessed by the court.

There are six grounds for termination in total: urgent requirement for one's own occupancy, bad tenancy, the diplomatic clause, not agreeing to a reasonable offer for entering into a new tenancy agreement, realising a designated use and (in case of non-self-contained residential accommodation where the landlord has their own primary residence) a weighing of interests in accordance with the zoning plan of the rented property.

With respect to a termination of the tenancy agreement, the landlord's options are very limited. But this is not the only aspect of the protection enjoyed by tenants. Determining the rent price and subsequent adjustment of the rent price is governed by strict rules. The law regulates the rent price based on 'points' and the residence's WOZ value, the so-called housing evaluation system. Based on this, it is possible to determine if it concerns deregulated living space or regulated living space. In the case of regulated living space, the maximum rent increase per year is set by law. The rent may in this case only be indexed using the rent index. This is the reason why tenants living in the same residence for twenty years are renting the space at a very favourable rent at sometimes great locations.

Renting based on the Vacant Property Act means that a temporary tenancy agreement truly is temporary. At the end of the rental period, the landlord can end the agreement. The landlord is also not obliged to provide grounds for termination.

Lessees of retail commercial space are also protected extensively. This concerns commercial space for which the location is extremely important. After all, stores depend on their location and the target audience at that location.

Below, we will discuss briefly which aspects are protected. The protection does not apply to lease agreements entered into for periods of two years or less.

The protection of these lessees is expressed in the prescribed terms, for example. In principle, a lessee is entitled to 5+5 years. This means that a lease agreement entered into for a period of three years is turned into a period of five years. A lease agreement for seven years will automatically have a period of ten years.

The underlying idea is that a lessee must be allowed to recoup any investments they made in the leased property.

The lessor can only terminate an agreement at the end of a lease term. After the first period of five years, the lessor can terminate the agreement based on two grounds: bad tenancy and urgent requirement for one's own occupancy. After the second period, three more grounds for termination are added: the reasonable offer to enter into a new lease agreement, realising the designated use based on the zoning plan, and open balancing of interests.

The urgent requirement for one's own occupancy ground also covers renovation works, which means that this ground is often used by lessors if they wish to renovate and redesign a shopping centre, for example.

With respect to the lease price, the parties can determine it in joint consultation. The price itself is not standardised. Nevertheless, both lessee and lessor have the right to have the lease price set by the court. This is possible after the first lease period and again once every five years. The market lease price is not relevant here; the lease price development for comparable commercial space in the five years prior to the request will be used as a benchmark.

The statutory regulations with respect to this category are much more limited. For instance, there are no grounds for termination and the lessee is also not protected in terms of lease price or the period of the lease agreement.

The main aspect is that the lessee has a right to eviction protection. If the lessor terminates the lease agreement, then the lessor must announce the eviction. After the date of the eviction notice, the lessee has two months to deliberate. This gives the lessee the option to at least stay in the leased property for two more months. Within these two months, the lessee can request the court to postpone the eviction. A first request for postponement will be granted for a maximum of one year. The lessee can then request for a year's postponement twice. In assessing the requests, the court weighs the interests of the lessor and the lessee against each other.

JPR's tenancy lawyers understand fully that you, as an entrepreneur, just want to do business. Do the thing you are good at. The rest, such as issues regarding entering into a lease agreement for a commercial building, will be in our hands safely. Because that is what we are good at.

The majority of disputes between a tenant and a landlord arise because parties have no idea of their rights and duties. Or because agreements are made and one party assumes that the other party will adhere to these agreements. However, if these agreements deviate from statutory regulations, then the tenant is not forced to comply. A temporary lease contract for three years for a retail business space automatically has a lease term of five years. This is just one example of the many pitfalls. And this is why we cannot emphasise enough how important it is to ask for advice in advance.

If you wish to substitute your lease contract, wish to adjust the lease price, or wish to sublet part of your own building, then feel free to contact our tenancy lawyers; true experts in their field.

Are you a corporate lawyer encountering complex issues with respect to tenancy law? Then JPR's tenancy lawyers are the right people to contact. We are fully informed of the statutory tenancy law regulations and we closely monitor any developments in this field. Over the past years, a lot of changes have been introduced, but the developments in legal precedents are equally relevant.

Apart from our knowledge of tenancy legislation, we naturally inform ourselves of our clients' industries. We act on behalf of many housing associations so we make sure that we know what is going on. We also focus on the retail industry. Should you be a corporate lawyer at a professional lessor, however, then you can count on our knowledge, too.

We are, in fact, not just experienced in conducting proceedings. We actually strive to prevent proceedings. For instance, we provide advice for our clients during the formation of a lease agreement. Moreover, we regularly negotiate with the other party. If you need advice, or a sparring partner for complicated tenancy law issues, or simply wish to exchange ideas on our working method, then feel free to contact our tenancy lawyers. They will gladly provide assistance.

Want to know more about our services?
Contact us
All lawyers within the legal field Tenancy Law