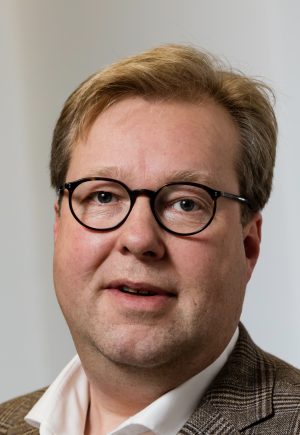 Pension law is about the right to a pension. It is a broad field. The primary legislation with respect to pension law is recorded in the Pensions Act. Apart from the Pensions Act, there are a lot of additional regulations and legislation. Legislation, such as the Sectoral Pension Fund (Obligatory Membership) Act 2000 and the Equalization of Pension Rights in the Event of a Divorce Act. Moreover, there are many rulings with respect to pensions.

An important subarea in pension law concerns equal treatment. (Indirect) distinctions based on gender or age is prohibited with some exceptions. European law has major influence on this.

Pension providers have a large responsibility. This applies to both insurers and pension funds. This responsibility means that internal and external supervision is required, for which governance plays a major part. The external supervisor is De Nederlandsche Bank. They are a mandatory meeting partner when drawing up recovery plans, but also for the execution of recovery plans in relation to underfunding.

Pension law has many tax aspects, which means tax law is also included in handling issues in the field of pension law.

Legislation in the field of social security influences the pension law specialisation. This concerns, for example, changes to the Work and Income (Capacity for Work) Act or increasing or extending the pensionable age. Pension providers have had to make changes to regulations due to this.

The laywers at JPR Advocaten provide advice to and conduct proceedings for employers with respect to a range of pension law matters.

At the request of social partners, the Minister of Social Affairs and Employment can made affiliation with a sectoral pension fund compulsory for an entire industry. However, it is not always clear if a specific company is part of a specific industry. In addition, the the scope clauses for a sectoral collective labour agreement are not always identical to those of a compulsory affiliation decree. It is still fairly common for an employer to find out that they are covered by a compulsory affiliation years after the fact.
The financial consequences thereof can be significant, and we attempt to limit these for you as much as possible.

Drawing up and interpreting pension arrangements

In the past, even less attention was paid to pensions than is the case now. Arrangements have not always been recorded in writing and even if they have been recorded, it is not always clear how these arrangements are to be interpreted. We regularly encounter issues where employees confront employers with alleged pension agreements and depending on the circumstances of the case, it may be possible to defend against these claims. You can prevent any future discussions by properly recording any arrangements in advance.

Changes to pension agreements are often thought lightly of. A deal is a deal, and an agreement forms through an offer and its acceptance. The same applies to changing an arrangement. Including a unilateral amendment clause in the pension agreement makes changing pension arrangements much simpler. However, a weighing of interests must still take place, which is often forgotten. It may then turn out later that the change was not legally valid. Special attention needs to be paid to a change in the supplement policy, because it not only affects active members, but also deferred members and pensioners.

If an employee changes jobs, then the employee can request an (individual) value transfer. You cannot arrange something with the employee to make them decide against this. However, you can be faced with an obligation to make additional payments even though a value transfer is not necessarily more beneficial for the employee. The duty to transfer value does not apply to small-size employer if the obligation to make additional payments exceeds € 15,000 or is more than 10% of the transfer value. A small-size employer is an employer with a total wage sum of less than about € 750,000.

Employee participation plays a part for you as an employer. In a number of cases, the Works Council has the right to consent. This applies to the adoption, amendment, or retraction of a scheme with respect to the pension insurance. However, the right to consent also exists when you place the pension arrangement with a noncompulsory pension fund. A pension fund itself has an accountability body itself that consists of members and pension beneficiaries.

This may be part of the employment agreement or a separate document. The rights and obligations between the employer and the pension provider are recorded in the administration agreement, or in the articles of association and regulations in case of a sectoral pension fund. The pension regulations determine the rights and obligations in the relationship between the participant and the pension provider.

Character of the pension agreement

Pension after a divorce

Pension law is relevant for each divorce case. Pension after a divorce is arranged by means of settling the pension. The parties can deviate from the standard settlement by using a different percentage. And conversion is also possible if the pension provider agrees. The parties will, in that case, have an independent claim on each other's pension.

We can be of assistance for all pension law related questions.

When conducting proceedings, corporate lawyers and lawyers work together. Together they determine the content and strategy and complement each other. The corporate lawyer is informed of the internal processes and methodology, the lawyer know how to conduct proceedings. And with respect to matters of policy, they are well-suited for each other. Compliance and Governance are frequent topics.

Legal precedence in terms of the period of limitation or, for example, the burden of proof in case of compulsory affiliation can affect the policy of the pension provider.

Want to know more about our services?
Contact us
All lawyers within the legal field Pension Law